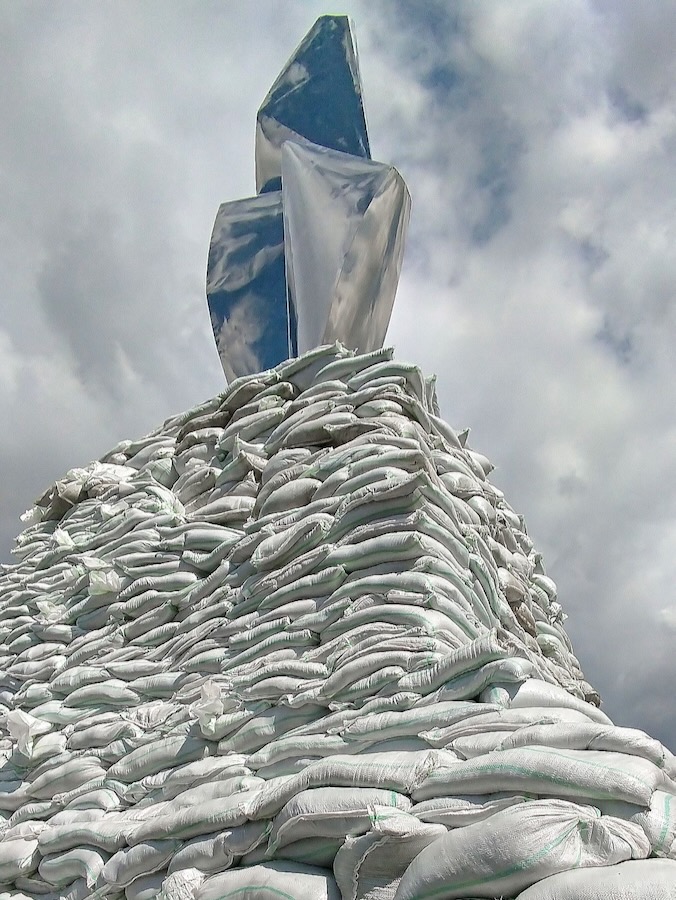 Nicolae Comănescu, 2022
Installation against the Ukraine war 2022
The large-scale installation is in progress in the city of Reșița RO

Nicolae Comănescu, 2022
Installation against the Ukraine war 2022
The large-scale installation is in progress in the city of Reșița RO

It’s been nearly two months since we are at war. As many have pointed out by now, the fight that Ukraine is fighting concerns, in fact, all nations that aim to be free. Freedom is a concept that has to be taken as a whole. It is a mistake to fraction it, like cutting a cake in slices and serving them accordingly to nations with different appetites. One cannot simply refuse to receive it or bite into another’s slice without ruining the party. Of course, history has proven that there have always been party poopers. Freedom has always been fractionated and split and there has always been someone to mess with the figures. One might think that we’ve learned something after the catastrophic events of the 20th century, or that the relative peacefulness of the last few decades in Europe and in the United States has proved that it is indeed best to live in peace. In spite of this, Russia has decided to destroy cities and kill innocent people in Ukraine. These shocking facts are happening, this time, under the whole world's watch, literally. There are even tik toks that showcase the atrocities that the Russian army has unleashed. Everyone can see the war now, not just hear about it. However, it is most important that many more of us can now oppose it, either by donating, helping refugees or even writing and spreading awareness. 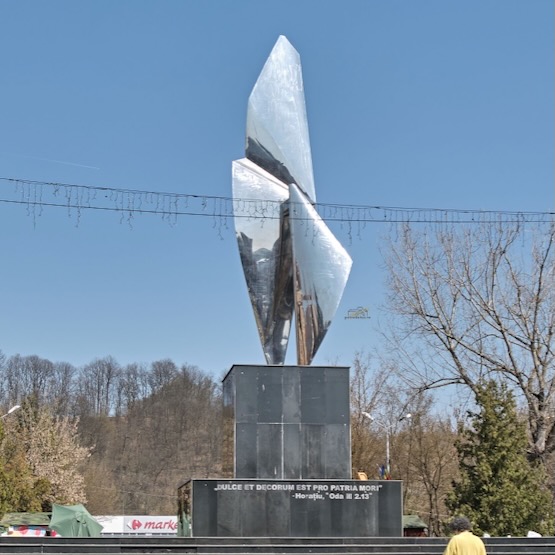 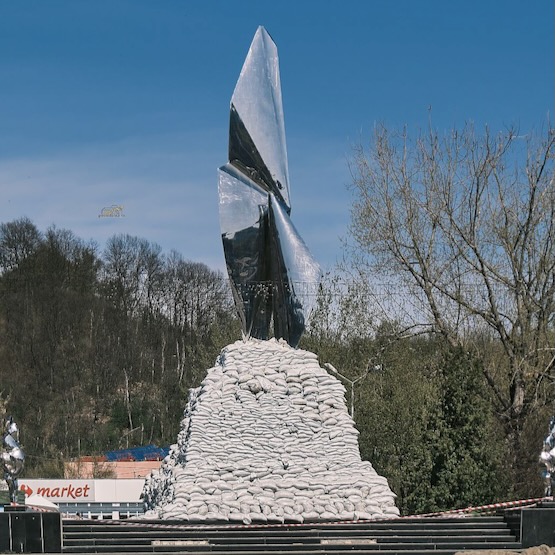 Artists have their own way of revolting against the war. Unlike the rest of us, they are capable of encapsulating emotions and pouring them into much more powerful artistic statements. This has been happening all over the world since the war has started. We’ve seen intelligent illustrations, outrageous street-art, haunting performances or lakes turned red like the blood that’s been shed. Romanian contemporary artist, Nicolae Comănescu, has joined this list of protesting artists. His idea consists of a unique installation that mimics the very true reality of war. With the determined support of the local authorities of Reșița, a western romanian town, the artist started to wrap a public monument in sandbags, just like it’s done when a country is at war and its public art is in danger of being destroyed by the bombing. Comănescu, a very active romanian contemporary painter, who was part of a revolutionary group of artists called “Rostopasca'' in the late ’90 (a group that resuscitated the rather dull art scene), often takes inspiration from the events happening around him and transfers them into his art with irony and sharpness. Having seen the public statues wrapped in sandbags in Odessa and Kharkiv, cities at war, in an attempt to save them from the falling bombs, Comănescu wanted to draw attention to the horrors of the war by doing the exact same thing in a small town, in a country that is still at peace. He titled the large-scale installation “Worse than Death'', as he regards war, and the soul-stirring fear it provokes, to be indeed worse than death itself. By making this statement, the artist also points out the importance of saving art, either from physical dangers, like the war, or from the quiet ignorance of the people.

Nicolae Comănescu and a group of courageous people who support his statement are working very hard to complete the installation, as the public monument chosen, a work by post-war artist Constantin Lucaci, is over 10 meters high. However brave his artistic statement might be in these times of uncertainty, Comănescu has faced many critics, all of them coming from local people, who did not understand the artist’s preach about solidarity against the war or who are generally ignorant to recent events and to contemporary art and artists. Still, the artist is determined to continue his project until the end and the authorities of Reșița are keen on reinventing the city through cultural activity, encouraging contemporary artists to come and work there. 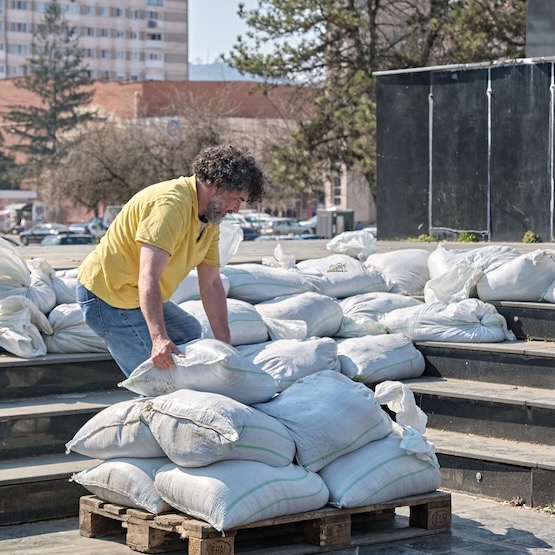 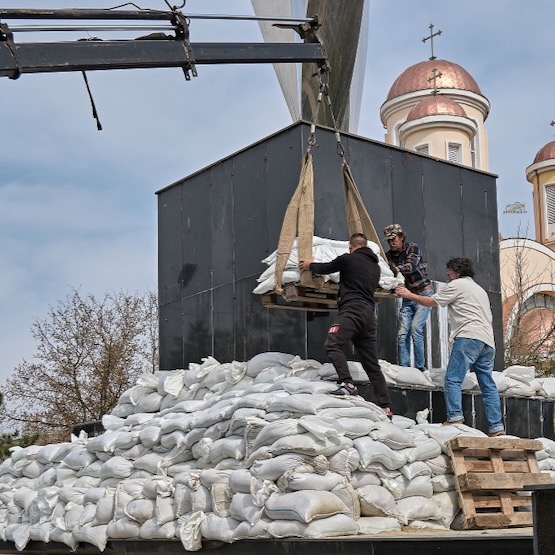 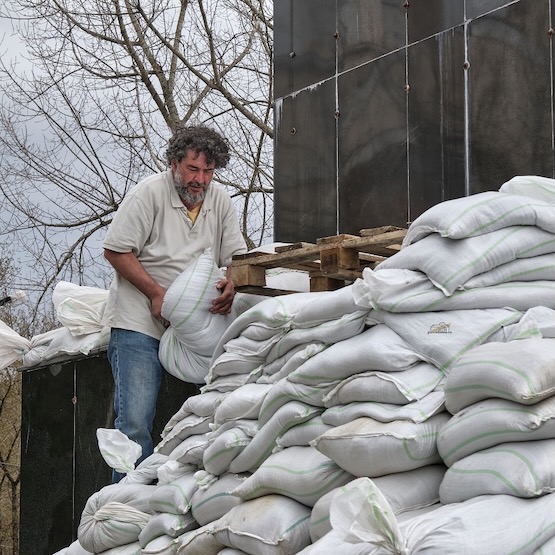 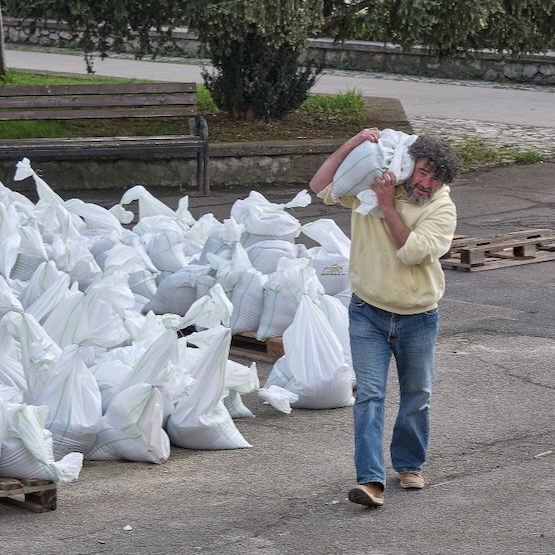 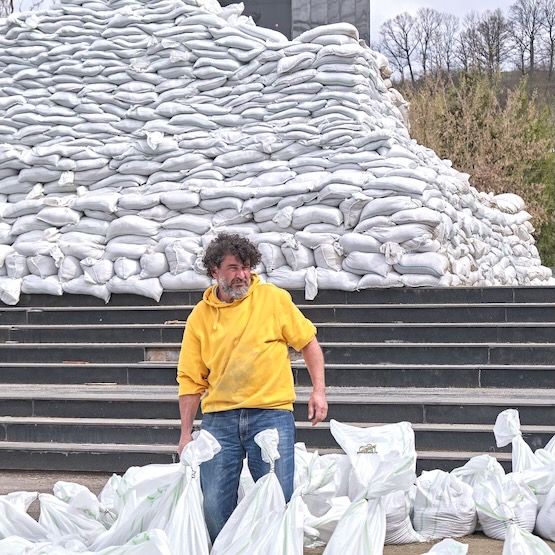 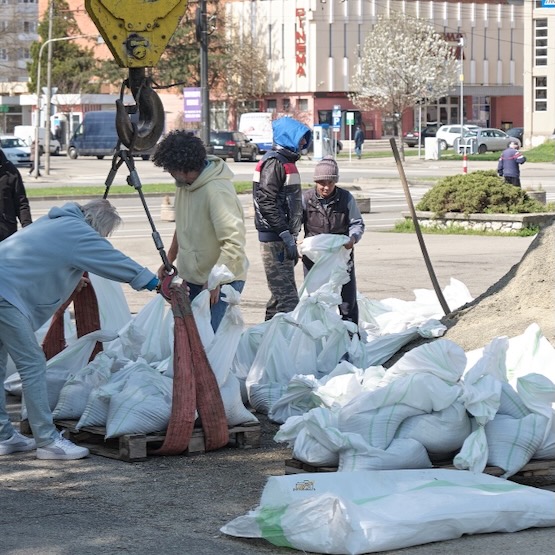